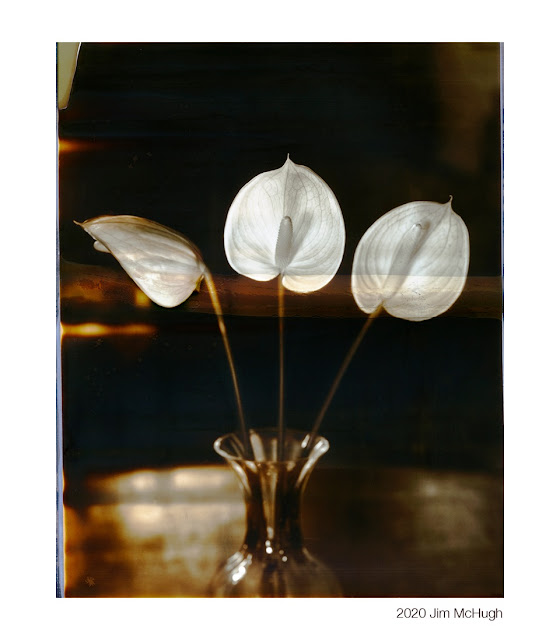 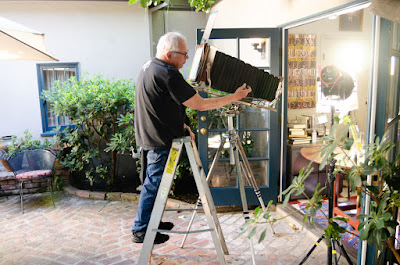 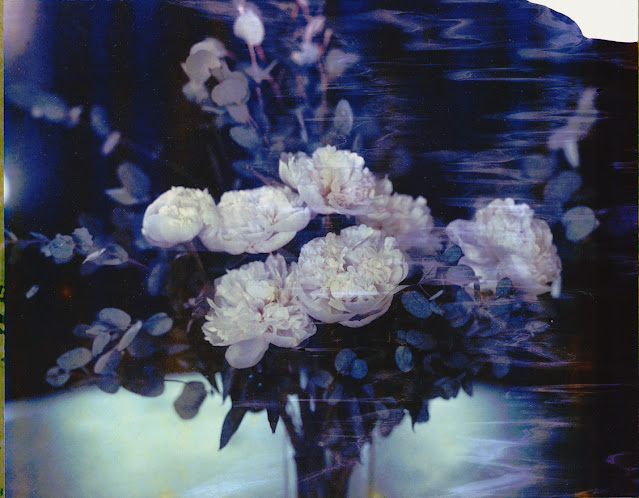 Posted by Jim McHugh at 9:50 AM No comments:

FALL FORWARD - AN EXPRESSION OF LANGUAGE AND LIGHT: The Newest Exhibition from YARGER PROJECTS -

"Included in this group show is the newest exhibition of photographs by Jim McHugh featuring his very unique view of Los Angeles as well as an entire wall of David Hockney pictures that McHugh has made of the great artist over the last 40 years.

A special highlight of this Yarger Projects presentation is a spectacular multi-media print " Bail Bonds. " For this work McHugh  collaborated with a Getty collected LA graffiti artist Jose Reza aka "PRIME" - together they've fashioned an unforgettable street level portrait of the city. Definitely a show to see. "   The Sunday Times - Weekender

Posted by Jim McHugh at 4:10 PM No comments: 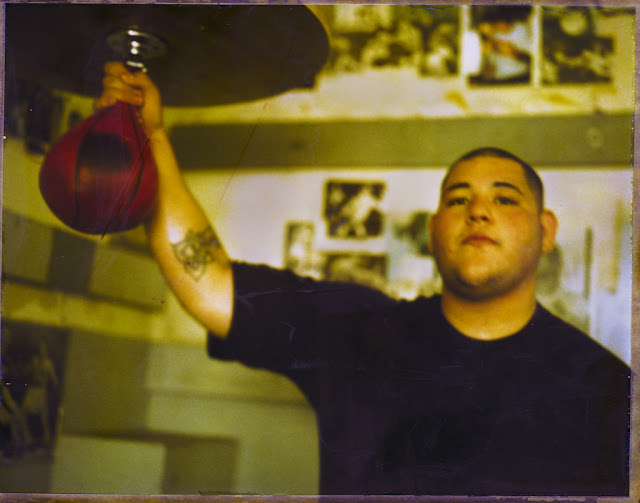 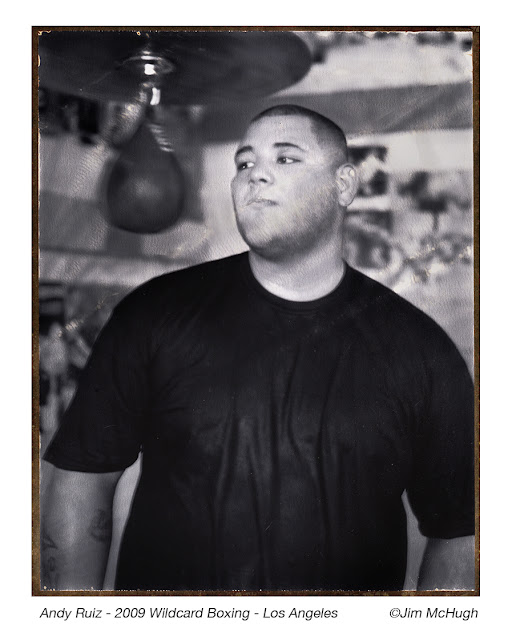 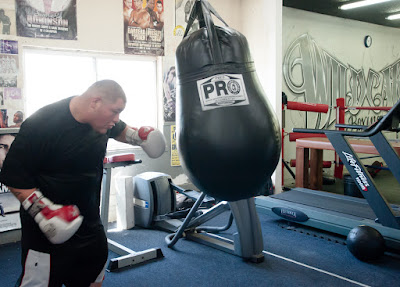 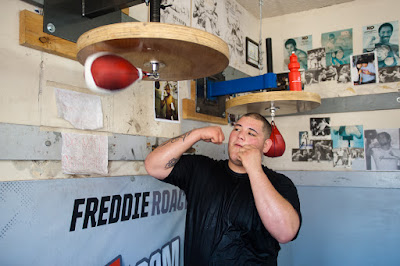 Posted by Jim McHugh at 6:40 PM No comments:

Everything was shot with Polaroid T55 pos/neg film to produce a Civil War era style photograph.  The only possible camera had to be hand held because of all the action with horses and soldiers; that was when I became familiar with the Speed Grafix press camera, a 4x5" camera from the 1940s with range-finder focus. The Polaroid T55 was a pos/neg film developed by Ansel Adams and Dr. Land in the 1940s. This amazing film is no longer manufactured, causing much sadness to a distinct group of photographers. The negatives had to be pealed away and processed in a bucket immediately, on the spot. Producer Connie Conway kept our little photo train on track.


The pictures looked so authentically period. Subsequently two large public exhibitions of the photographs were presented, one at the Director's Guild in Hollywood and another at TNT in Atlanta.

Mid-Wilshire, K-Town and below is the final resting place for much of what remains of pre-WWII Los Angeles. Whole neighborhoods of the central city were abandoned after the war.  Families bought new cars and headed the the Westside, purchasing acres of GI Bill funded Case Study style, smaller, modern nuclear family homes. Clean and lean; post war living was designed for mother, father and two children; no extra nooks and crannies for aunts, grandmothers and spinster sisters. The general population, modern home was designed to satisfy a massive housing shortage by building multiple units quickly at a reasonable price with the newest, labor saving construction materials like economical plywood, dry wall and plate glass.

Now traffic and prices are pulling everyone back to an earlier 1930s population footprint.  This creates it's own push back challenges in Boyle Heights, Pico Union and other neighborhoods discarded years ago to immigrants and the help. On the grand urban history timeline the LA's contribution began a very short while ago. Unlike New York, or an ancient city such as Rome, we can almost reach back and touch LA's beginnings, a few four of five generations ago.


The Pacific Theater, where the first "Talkie" debuted in Hollywood, was originally a Warner's theater. Looking closely one can see the old Warner's letters still remain on the inside of the tower. Economics perhaps, cheaper to add letters to the backside of the previous sign than
fabricating a new one.